on October 10, 2013
There's a raging debate about this game, (most reviews are giving it high scores, but some are being rather po-faced) suggesting that big muscles and boobs are teenage fantasies right? Well, throw out all your 15- or 18-rated Conans and Barbarella BDs, Bond and other action movies too, because fantasy isn't allowed for us growed-ups. 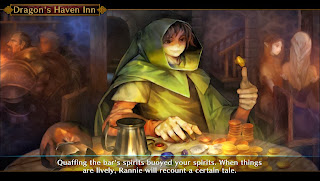 Or just drop your pretension of any moral high ground, and enjoy the game for what it is. Looking at Dragon's Crown on its own merits, what you get is a gorgeous looking scrolling combat game with a deep treasure and reward system, varied characters and lots of beatings to dole out. I was thinking more a side-scrolling Gauntlet than Diablo (which some are suggesting it riffs off), on first impressions, but there you go. 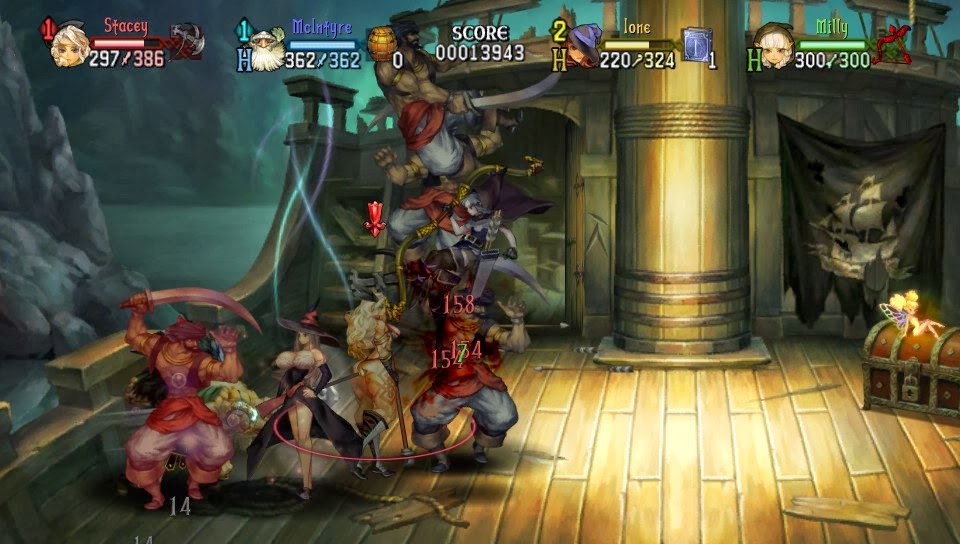 The combat is a little rudimentary to begin with, your basic slicing and dicing for the melee characters and rapid whiz of arrows and zing of magic for the ranged-types. But as skills (both specialist and common) and equipment improve you can pull off more impressive moves. It feels like a hi-res version of Golden Axe at first, but the depth soon beings to shine through. 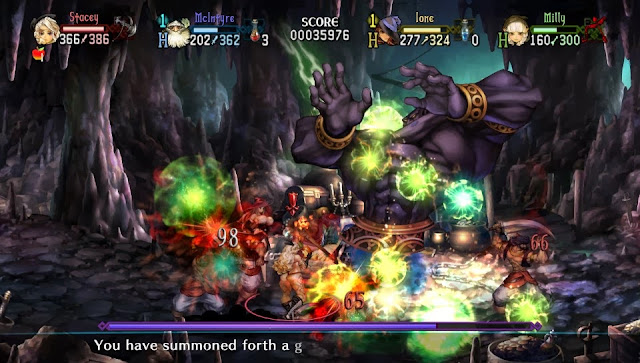 Town plays home to shops, wizards, guilds and provides the source of your missions and lets you rest between battles. Its a bit annoying to navigate but there's a map to help speed things up. Beyond the city, a neat spinny-effect map shows the various locations in Hydeland you can visit, with each level wrapped in a cloak of gorgeous art and parallax scrolling.

Doors and weak walls provide access to extra areas, while each level is littered with secret treasures that provide new weapons, currency and other goodies. Each level can be visited multiple times on side-quests, but you do need to finish the whole route to succeed, which is another minor grievance. As is the ease with which you can get lost on screen when it fills up with heroes and ghouls, lobbing spells in all directions. 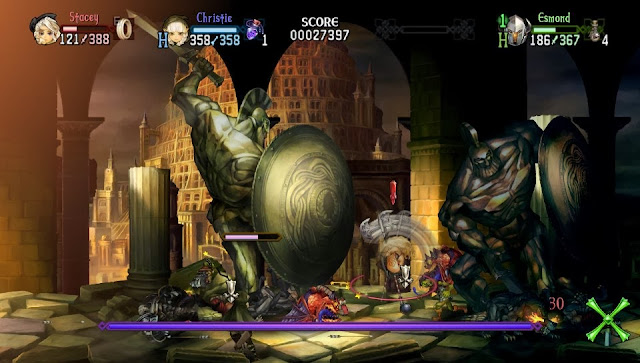 You soon pick up bones that can be restored in the city, creating an ad-hoc party, or you can go online for some multiplayer action which is (while not quite as fun as MP Bomberman, one of the more chaotic online experiences). Generally you always feel like you can progress, at least through the early stages with button-stabbing frenzy. Perhaps later on, with higher level characters it becomes essential to play more skillfully.

If things go badly, you can lose your weapon, or your life, but a restart or a new implement of vengeance is only seconds away. Exploring the new levels and developing your favourite character seems to be the driver to keep you going forward, as the story is pretty much arcade-lite, and judging by those in the States playing for months, there is plenty to keep digging for.

Really, ignore the silliness over bicep and bosom sizes, dive into the game if you have the faintest fondness for side-scrolling action, and you'll uncover a deeper adventure that while not a revelation, is a finely crafted jewel of violence and character development. Watch for all the visual splendour and effects that are lavished on the spectacle as you go, its truly impressive and the Vita copes will with all the action.