on October 16, 2013
Muramasa Rebirth is the stand out game on this week's EU PSN update for £19.99, although it might be over-looked by everyone playing Dragon's Crown. There's also a demo of WRC 4, which is worth trying out. Angry Birds, over-priced but at least over here, is also clucking up on the store. With all three versions including Seasons and Rio, there's plenty of levels if you've never played them before on any of the million devices they're available for for a lot less money.

On the DLC front, Zen Pinball gets its new set of Star Wars tables, with Darth Vader and the ships that made the films so memorable taking centre stage.

Valhalla Knights 3 is out next week, despite only being in Europe digitally. If the game is finished, not sure why can't they release it now? Note, if you were looking for it here, Worms came out last week, a week early, to prove such things can happen. 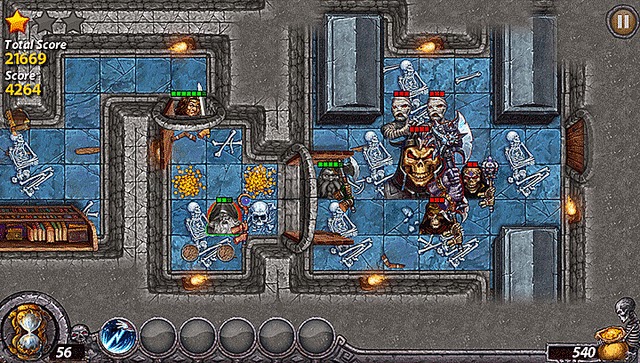 Some new games have arrived on PSM, including Dark Quest, a great iOS game conversion, and only 40MB (plus the PSM runtime if you've never installed one of these games before). Dark Quest is a turn-based, fantasy role playing adventure where players take the role of a mighty barbarian on his epic quest to destroy the forces of the evil sorcerer and save the land.

Stumbling through the dungeons with limited time to find the evil wizard, you can bump into allies and form parties, all with rapid-fire turns. I was wondering about a Bard's Tale or Eye of the Beholder style game on the Vita, anyone know of any works in progress?

Also out in Fractopia, a nostalgia trip for those who used to play with mandlebrot generators back in the day, (I coded it on a Spectrum once to see how many days it would take to render). Worth a go if you never played with the originals.
angry birds dark quest fractopia playstation mobile ps vita psn sony update valhalla knights 3