on October 10, 2013
With the Vita 2000 launching in Japan overnight, here's all the news and info on its arrival, with pics and any scenery dressing I can provide via the power of Twitter....

Here we have an early unboxing video (actually a series of 8)... like the fact that the AR cards are now reduced to a sheet of printed paper (cut out your own), other difference include the replaceable battery on the new model, and some slightly slower using. The internal memory is also unusable when you insert your own memory card (duh!)

Remember though, Sony is trying to get new gamers on-board, so only us oldies will grumble about these changes (although it might increase the value and sales of the original model).

To help sell the Vita, Square finally announced an on-sale date for FFX-HD, on December 26, with a dual-game bundle that's the same price as the PS3 Blu-ray edition, nice move (for once) Square. Love the piece of art they've, released to celebrate.

Here's some happy Americans on tour who picked up their new Vita months before any hope of seeing it on their home soil. Not much sign of a queue there though. 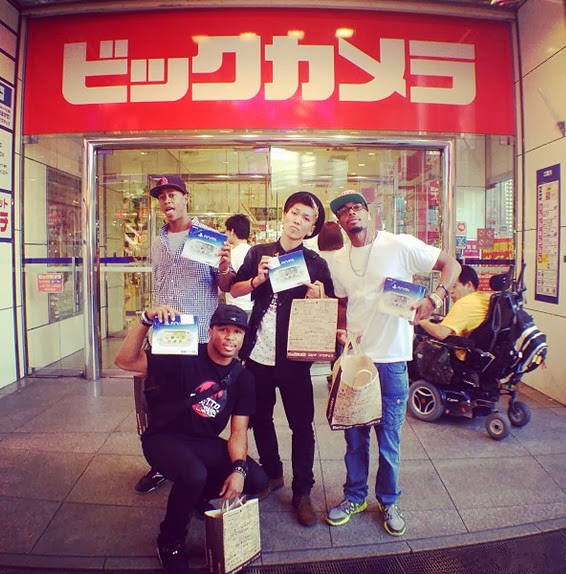 Thousands of happy new Vita LCD 2000 owners have ripped open their boxes and immediately started comparing the image quality with the OLED model. I'll post more pics as they arrive and any news of sales, queues, bargains and other details.