on September 16, 2013
In this week's MCV trade mag, Sony says that KZM will be used as the "hero" title for a six-month campaign across TV, online and print publications. That could translate into not much actual TV coverage, especially given its 18-rating, but it'll be good to see the Vita fighting alongside GTA V and other big games this Christmas.

With Tearaway likely to be used to promote the family-friendly aspects of the Vita, its up to Sony to really get a move on as it has no FIFA, Need for Speed, Call of Duty or Assassin's Creed bundles to help it out with spreading the word. To back that up, are a scary couple of stats from MCV. The Vita was worth 1.4% of the UK market by units and just 1.2% by retail value (excluding PSN) in August. I've still not actually seen GAME's Killzone Bundle in the flesh - is this real? 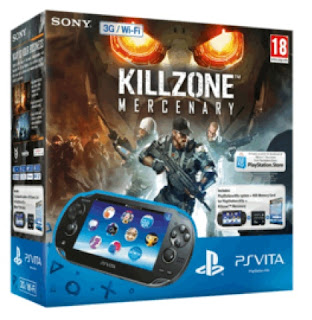 That should perk up thanks to Killzone's arrival in the chart, along with Rayman Legends but its a pretty pathetic tale. Interestingly, Sega has published some of its own digital sales data, to try and get the market to take notice of the "real chart" where its own Total War Rome II would have been No. 1 if they were including. Hopefully, other players will do the right thing.