Kadokawa bringing a big gun title to the Vita in 2014

on September 27, 2013
Kadokawa has a new site up for a Vita game, called Kan Colle Kai, which auto translates as 'This Ship Breaks,' but I'm guessing that's not the literal title, and its provisonal anyway. Announced during its Autumn briefing, the title is described as fleet-collecting strategy, the artwork is brimming with gun batteries and, of course, young girls. The game is down for a 2014 release, and looks distinctly Japan only. 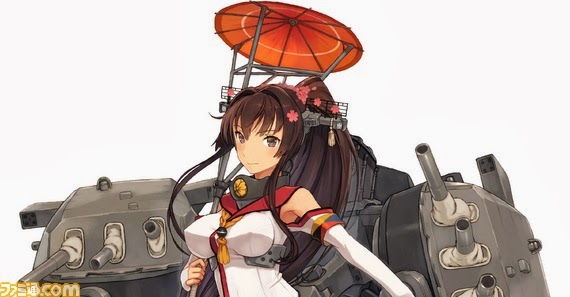