on June 05, 2013
Guerilla has shown off the six multiplayer maps (with more likely via DLC) that will get Vita gamers finally engaging in some raw and competitive MP action. The full list is over on of the dev site with a neat overall shot of each level.  For example: 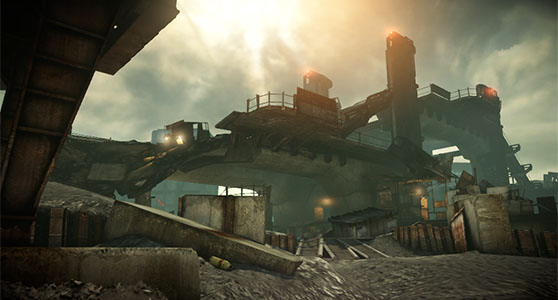 The Corinth River provides the epicentre for the ISA’s invasion of Helgan – the beach area around the jetties and sluice gates being just the latest area to see action. The terrain is pockmarked with craters, trenches and discarded cargo creating a feeling of being in the middle of “no-man’s land”. A partially destroyed road bridge spans the battle area giving an advantageous but exposed elevated position from which to survey the battle zone.