on June 28, 2013
As well as teasing users that buying a PS Vita and a PS4 might be a good idea, just noticed that Jeff Minter ha posted pics on his Twitter of Tempest xK in action on the Vita, plus some beer! He's even been playing the game with Sony's own indie-god Shahid Kamal. 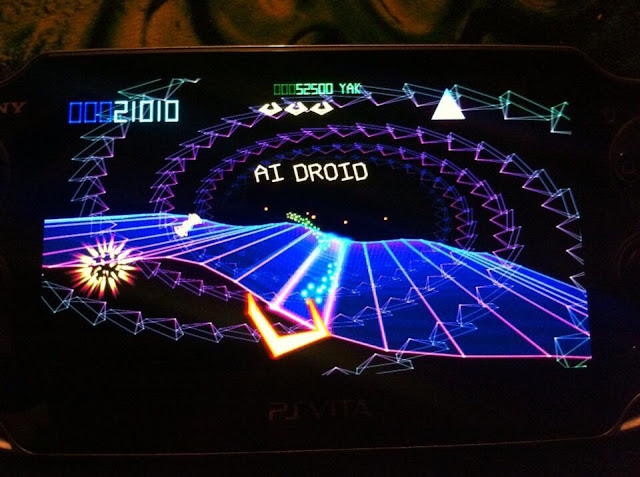 Not sure how close this is to completion, but it looks like a higher-resolution, more nuanced, version of my fondest Jaguar memories. Hope he's kept some of the original music in there too. If ever there was a day one buy, for any Vita owner, this is it, alongside Killzone obviously. Update: More pics on his blog. 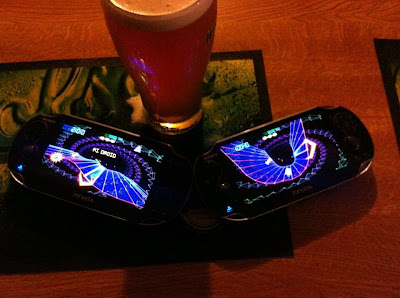 Wonder what the PS4/Vita link could be? Multiplayer on this across two screens would be great fun, if you don't have two Vitas to hand like they do!