on May 21, 2013
Most of the the holes on the site are blanked out on Freedom Wars' official site for a staggered pre-E3 reveal, but a few have been filled in to show us our first look at the game in action. Interestingly there's a Yahoo maps logo on one, so likely the game uses real world mapping for 8-player online multiplayer, although that does sound odd for a game set in another time and another place. 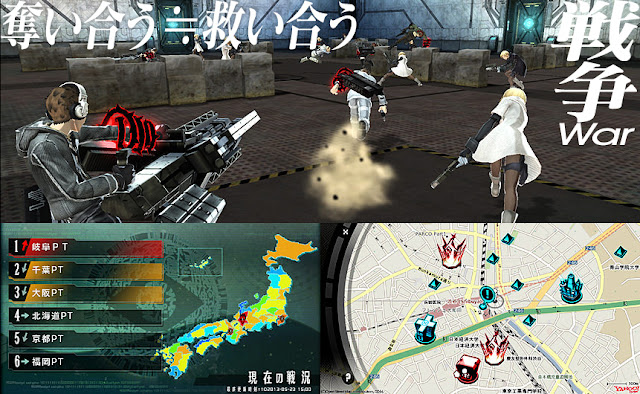 UPDATE: Some text off the Japanese site has been auto-translated and reads roughly as: "In the far future, the Panopticon prison city dominates in a world that has been devastated, with no life outside its walls. In order to manage the sprawling mass of people, Panopticon imposes imprisonment for most humans and their sins. Criminals can participate in the war against the beasts and capturing other criminals, called "volunteer" labour to win their freedom. (Rough, but I think that's what it means.) 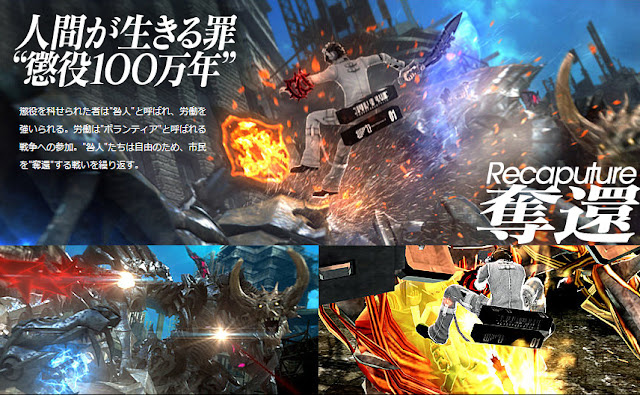 The character details look crisp, while the weapons have that slightly annoying oversize feel to them and there's some tentative proof that the game does manage the huge leaps as shown in the trailer.
freedom wars japan studio panopticon ps vita sony sony japan