on April 24, 2013
I longed for this PSP game having seen the Japanese pre-launch hype, the limited edition and suffered through the would-it/wouldn't-it come west. Now this manga-inspired game is here on PSN thanks to NIS America, and its just as fun as I'd hoped, if not quite as evolved as you might expect.

BRS tells the tale of Earth's military taking a beating from mechanoid alien forces, with one squad down to its last few men, when a blue-eyed young girl (just known as Black Rock Shooter) appears on the scene packing some major artillery and an innocence that sets her way apart from the squad's hard-nosed attitude. She's a neat counterpoint, done in typically Japanese style. 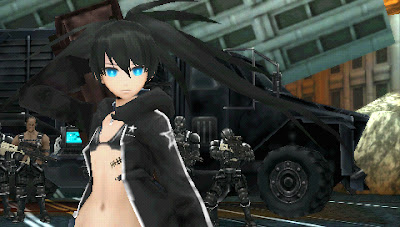 The action takes place in various landscapes, starting off in a shattered San Francisco, with small chunks of exploring (map the shoulder buttons to the right-stick for easier navigation) interspersed with rapid, intense, real-time battles. Our heroine is largely fixed in place during combat with the enemies homing in on her. Some use ranged weapons fire while others will aim to get close and splat her into the ground, or a mix of the two. 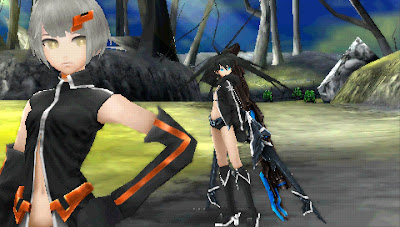 Use the nub to aim and unleash well-timed hell on the enemies, as she gets better and levels-up, power ups like the Charge Shot are added to her arsenal, and triggered with the right-shoulder and a button. Health packs are picked up after battles and can be used at anytime. As you get into the game some very strange human characters also turn-up offering more magical or conventional attacks that need to be overcome. 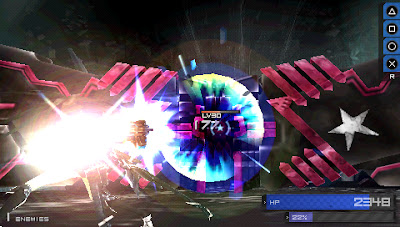 During combat you have to watch the weapons' heat level, as it'll jam in over heat, leaving you powerless for a brief time. In those moments you can use the dodge or block buttons to avoid enemy attacks. Larger enemies have multiple hit-points adding a little strategy to your attacks. Between battles the route ahead is well marked, but there are hidden crates and terminals here and there among the devastation that are worth activating. Look out for action points along the way for shortcuts and goodies. 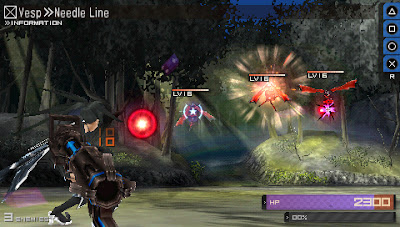 While BRS starts out feeling rather simplistic, it soon adds enough depth with a range of passive powers you can activate, and with quick saving and loading, a defeat never sets you back too far in the game. Sure, the enemies could be a little more subtle and varied in their attacks, the battle zones could have some more depth, but the plot and pacing keep you rushing along (with vehicles to speed up some sections)