Star Trek: The Next Generation table coming to Pinball Arcade

on March 15, 2013
After a successful Kickstarter project, FarSight is bringing a classic Star Trek TNG table to its Pinball Arcade package for the Vita and PS3. Coming in a couple of weeks to the US PSN, it is both a work of love and dedication to bring it to the virtual world. 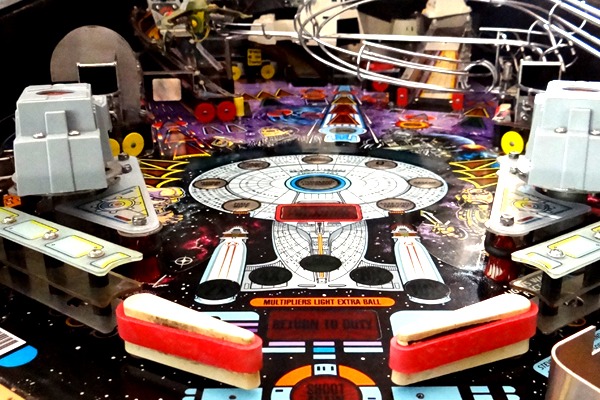 From the KS page: One of the licensed tables that we’ve always wanted to digitize is Star Trek: The Next Generation. This table was released by Williams in 1993 and is unquestionably one of the greatest pinball tables of all time (in fact it’s currently #3 in user rankings on the Internet Pinball Database!) It was designed by the lengendary Steve Ritchie (who also designed Firepower, Black Knight, High Speed, and Terminator 2). Steve was a lifelong Star Trek fan and he was instrumental in convincing Williams to license the Star Trek property for a new pinball table. Consequently this table features an incredibly deep integration with the Star Trek license. It also has a number of unique play field features, including two aim-able ball-firing cannons and an system of warping balls from one place to another that was so ingenious Williams patented it. It's one of our favorite tables ever!