Hot Shots Golf gets a rising shot of DLC

on March 20, 2013
For a launch game, Everybody's (or Hot Shot's) depending on where you are is a little late to the DLC party,  but it is making up for it with a host of new courses and characters. After the recent mega patch, last week saw the addition of gaming's latest DLC-whore, Kat who is now appearing in more games than is seemly for a relative newcomer. 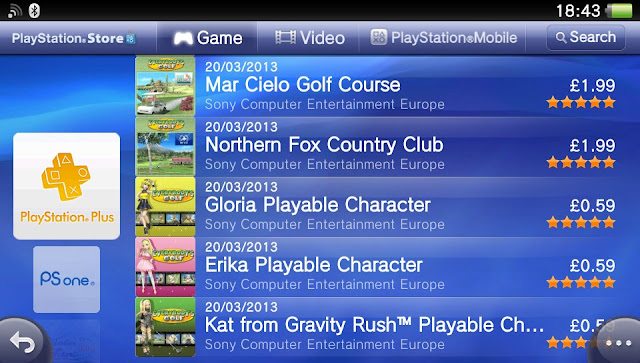 Now we have a clutch of courses to add to the roster and more fair maiden characters to roam the fairways with. This game is now pretty cheap (£12 on PSN, less for a boxed copy in most places) to buy and with improved multiplayer and this new content, as with the PSP version, it is one of the system's most played titles.
characters clap hanz courses dlc everybody's golf golfing gravity rush hot shots golf kat ps vita sony