Final Fantasy X/ X-2 shining in HD on the Vita

on March 22, 2013
After a week of rumours, its finally official, the Vita will be getting both games, but not in the PS3 style combo, so we have to pay for both, which seems a little rude. But, being able to enjoy the world of Final Fantasy on the go is worth it, I guess. Hopefully the Vita versions will be priced a little less to make it not a complete rip off job. 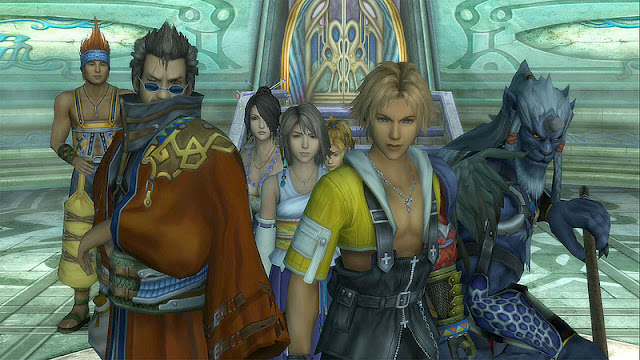 There are some new pics up on the PSN blog with word on the enhancements and extras, with a trailer promised for next week. The official site is now live, while Amazon has a likely-placeholder release date of 31 December.
final fantasy x final fantasy x-2 hd ps vita ps3 remake sony square enix trailer x2