on February 08, 2013
As if Nvidia's Shield, Android consoles, endless mobiles and the upcoming next-gen consoles weren't enough to muddy the mobile gaming market. Here comes the oddly named Wikipad, which sounds like a reference library. For a games tablet shouldn't it be called the DeathRay or the FunkLet or something? 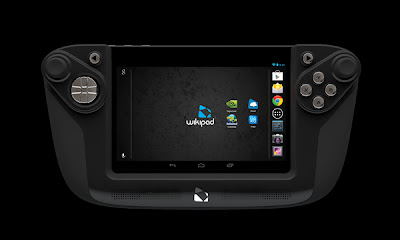 Anyway, this beast will pack, an attachable dual-analog controller. a 7-inch in-plane switching screen, 16 GB of RAM with a micro SD slot for cheap upgrades. Grunt is provided by a  NVIDIA Tegra 3 quad-core processor (which is down on the Shield's Tegra 4, but should be good for all but forthcoming top-end gaming).

That should be a pretty impressive piece of kit with a widescreen for gaming fun, and a whole world of Android games to enjoy, plus the usual apps, movies and browsing. But will it find a place in the market, if a company like Sony can't get people to buy the Vita and serious questions are being asked over the positioning of Shield what hope does Wikipad have in a world of Apple and Amazon? It is out in the US now, with a UK launch to be announced and a 10" model on the way.
android gaming tablet ps vita sony tablet wikipad