The Vita Monster Hunter Rumour heard around the world

on January 18, 2013
This translated piece of Japanese could put some major joy in the hearts of Vita gamers everywhere, or it could be the usual mix of plain wrong, mistake, misunderstanding or other cock-up.


"When Monster Hunter 4 3DS was postponed, it was because Capcom apparently began to explore the simultaneous release of the PSVita version, not because of the need to improve quality" - Source


UPDATE: As expected this glimmer of hope has been pretty much squashed by a Capcom bod. The only upside is, I figured okay, time to order a 3DS Monster Hunter bundle.... no such thing, which kind of makes you wonder what all the excitement is over? 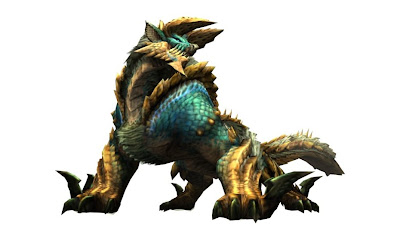 The merits of it are being blown across the web, but as I've mentioned several times, Capcom said in 2008 that going forward, all its major titles will be multiformat. Timed exclusivity deals aside, MH is a big deal so there is a little hope, but I'm still betting on the side of this being some sort of wild ass guess.

The biggest hole here is that Capcom would surely have announced a Vita version by now, unless Sony has coughed up a hell of a lot of money to both Capcom and Nintendo to alter whatever deal they have. Read more on Kotaku, NeoGAF, hell - pretty much everywhere.

And, even if it does arrive in Japan, it won't have much an effect on western sales. Are we sticking around for a Grand Theft Auto game or Killzone Mercenary (now the top searched for title on this blog) to get the Vita rolling here?