on January 14, 2013
Ouch! Sega's PSP title Shining Ark is higher up Famitsu's most wanted list (at No. 10) than Sony's class-leading Vita game Soul Sacrifice (in No. 12). That's not a huge gap, but shows just how little the Vita is pinging the radar of Japanese gamers, and how risky it is putting so much focus into an all-new title. 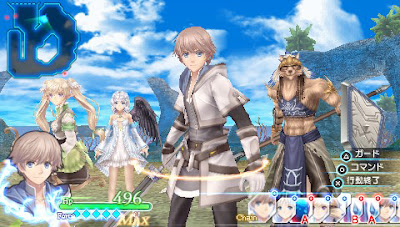 While the Shining... series is rather diffuse and sprawling, starting way back on the Megadrive, Ark is generating lots of interest with its female bikini-clad pirates and role-playing battles. Dominating the list of Monster Hunter and other 3DS titles, which points to another bumper year for Nintendo's baby.
bikini famitsu japan pirates ps vita psp sega shining ark sony soul sacrifice