on January 15, 2013
Xseed has just announced that both Japanese PS Vita titles will hit our little corner of the PSN tomorrow. Orgarhythm will be €15 (£9.99?), but Sumioni will be a very reasonable £7.99. The musical/rhythm strategy game Orgarhtym is a little like a 3D Patapon but greater depth and action. 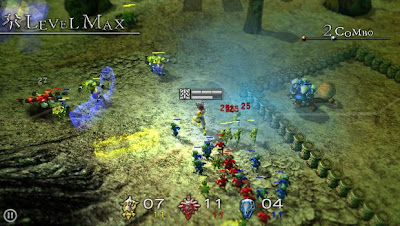 Players take control of their followers in Orgathythm through a series of rhythmic inputs where different attacks can be unleashed by matching or manipulating the beat, making the game’s catchy soundtrack dynamic to user input. Each unit type is based on one of the three elements of Earth, Water and Fire, and each elemental troop has a “rock, paper, scissors” relationship with the opposing enemy elements.


Making a very different use of the touchscreen, Sumioni lets you use the touchscreen to create paths for your hero as he battles hand-painted enemies across Japanese mythology