on January 09, 2013
Hot on the heels of eight-bit nostalgia fest, Life of Pixel comes Gun Commando. This upcoming PSM title from Ripstone and Green Hill has players re-living the classic early PC FPS titles that came out in herds after the success of Wolfenstein and Doom. 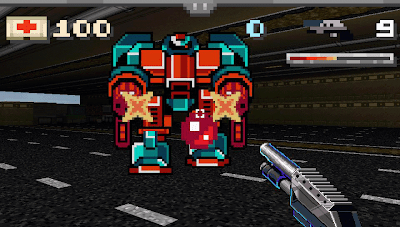 With the world invaded by aliens, you’re the only person that stands in their way. Shoot, run and dodge bullets in a frantic and fictional game world that’s packed full of devastating weapons. 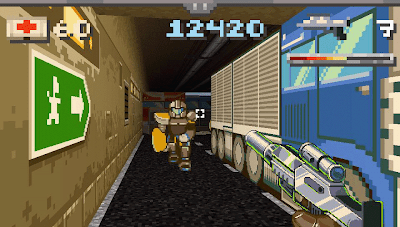 Your goal is simple: kill every last one of them! Phil Gaskell, Creative Director and Co-Founder at Ripstone, notes "Fans of old school shooters are going to love Gun Commando. The team at Green Hill have really captured the nostalgia of early first-person shooters and cleverly combined it with slick controls on smartphones, and amazing production values thanks to comic-book artist Romano Molenaar." 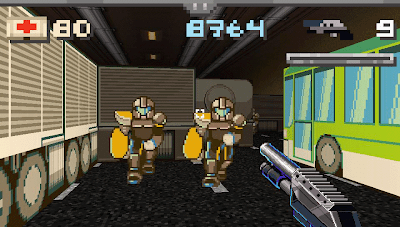 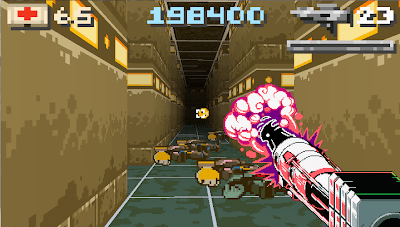