on January 15, 2013
Yep, the Vita is short of big-name games, so us beggars can't really be choosers. But most of the comments I'm seeing are rather surprised about the £32 being asked for the new D3's EDF game out tomorrow. That's compared to Orgarhythm which should about £10-12 and Sumioni which is going for £8.

FYI, the U.S. version went on-sale last week for $39.99 which is around £25, anyone thinking this isn't a bit of a rip off is probably not alone. 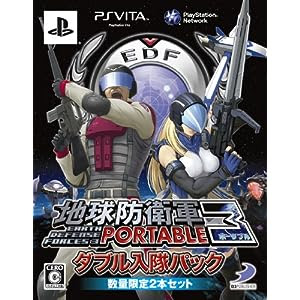 Blame Namco for the pricing, but since there's no sign of a store release, looks like you'll have to either wait until the price comes down or bite the bullet on this one. Also, bet we don't even get the handy Japanese combo bundle to encourage multiplayer gaming.