Just in case you were worried Soul Sacrifice was all demons

on December 29, 2012
There is some concern that Sony's Soul Sacrifice is too gloomy and morbid to sell well in Japan where Monster Hunter's jolly hockeysticks graphics rule the roost. That ignores all the grim as a team wreck anime they love and the fact the Keiji Inafune knows his stuff.

So, we have some art among a new batch of images released to lighten the tone, sex things up a little and show the more human side of the game. All the recent gameplay from the demo looks pretty hot and visuals like this suggest a well-rounded back story to drag the game along by intestines. 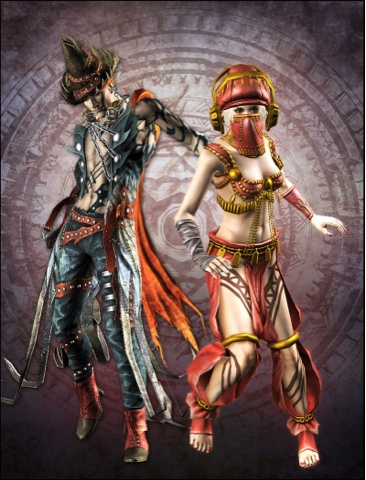