Media Molecule does its first dev diary for Tearaway

on November 29, 2012
The PSN blog has a first update from Media Molecule on development of Sony's Vita exclusive from the LittleBigPlanet team. From the piece:


The game theme we’re building is a marooned island in a lake of glue, where something fishy is going on. We don’t want to say much more than that right now, as with any luck we’ll be showing more of it before the end of the year, and we don’t want to spoiler people too much. Teasing is way more fun! We’re looking good for our milestone: the underlying technology, visuals, animation, audio, and gameplay for the theme are well underway, and in building the whole area we hope to find the answers to many questions we’re still asking ourselves about the rest of the game.

There's no new imagery or other goodies to salivate over, but its good to know we'll be hearing plenty more on this game before it approaches launch. 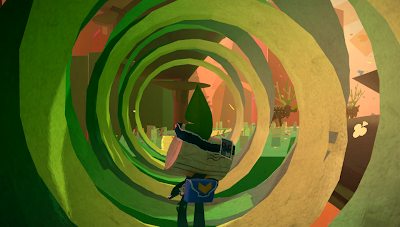