Get the facts on Street Fighter x Tekken

on October 18, 2012
Looking for more of a rumble on your Vita? Capcom seems to have things covered with the handheld iteration of the console game, with all the bugs hopefully wrinkled out. The company has just put up a features list with all the details. 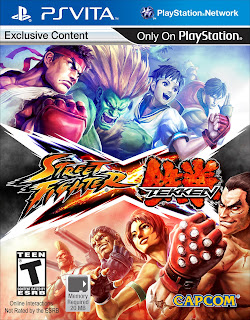