WikiPad, the next threat to the PS Vita

on September 08, 2012
Phones, consoles, cloud gaming, all of these are eating away at the market share of traditional forms of console gaming. The next one in the queue is the gaming tablet, notably the WikiPad. While it is overpriced (even Sony still hasn't managed to figure that no-brainer out for its latest Xperia tablet), the huge amount of games for Android (and the minor addition of PlayStation Mobile) will give it a huge library advantage over the Vita. 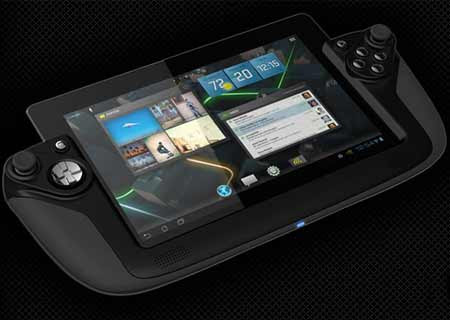 You would have thought that the creator would probably has been better off designing a controller to fit the iPad, Galaxy Nexus and the upcoming Kindle Fire, all of which have sold (and will sell) millions, creating a far larger potential user base.

The WikiPad is going onsale at the end of October in America, priced at $499 with a quad core Tegra processor. However, due to the huge numbers of those sub-$200 tablets being launched and sold at the same time, it doesn't stand a snowball's chance in hell. But, that doesn't bode well for the Vita either with families stocking up on cheap tablets.
gaming playstation mobile ps vita sony tablet wikipad