on September 13, 2012
Sega Japan is teasing a new game currently known as Project Omega with a seductive striptease, which ends up with a series of stylised tattoos being laid bare. The final tattoo translates as Demon Tribe or Demon Drive, depending on who you believe. 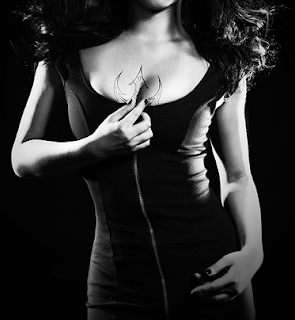 The game is being developed by the Jet Set Radio HD team, so could well be a tribal racing or other kind of game. No platforms have been specified, but Sega is being pretty good to the Vita, so here's hoping.  I was kind of hoping that the tattoos, being a Yakuza thing in Japan, could mean a Yakuza 5 spin-off for the Vita, hey she is kind of Black Pantherish right? But guess not.
black panther demon drive demon tribe japan project omega ps vita sega sony yakuza