on September 08, 2012
Twitter had a burst of activity late last night as screens showing Kat on the PSASBR roster appeared. Fake or not, it is something that's likely to happen as Sony needs some modern gaming heroines to add to the old-school, male-heavy roster. 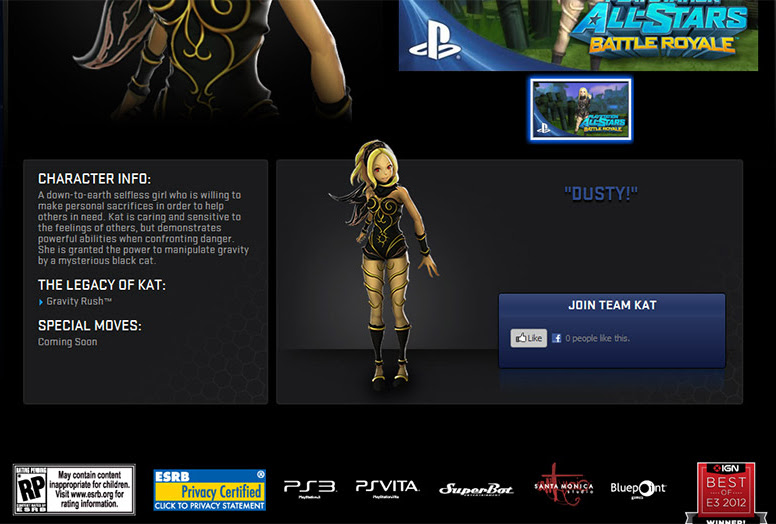 Already guesting in Hot Shots Golf, I suspect her next outing might be a PS4 launch title, which should be all kinds of awesome, hopefully she'll come back to the PS Vita after that with another stylish adventure.