on September 26, 2012
I always wondered how LittleBigPlanet would do in Japan, the answer not as bad as I feared, but still pretty weak. According to Famitsu's figures, it sold over 4,500, the Media Create figures (due soon) will probably see it doing around 6,000. 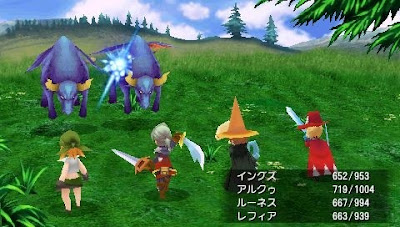 On the plus side Final Fantasy III stormed to the top of the charts, selling over 45,000 and we get to play it too as its in this week's PSN update. That leads some five PSP (including Hunter x Hunter) and two PSV games in the charts. Vita hardware sales are in the checking-for-a-pulse 8,000s, Sony must be rethinking its need for a price cut, right about.....now. (But still won't do it, as it can't afford to.)
charts japan littlebigplanet ps vita psn psp sony square enix