Earth Defense Force 3 to save the west

on September 27, 2012
Good news! EDF3, which is about to set light to the Japanese charts (hopefully) will be sending reinforcements to the west with a Vita release. For no good reason it'll be called Earth Defense Force 2017 Portable, but hey, who's complaining. 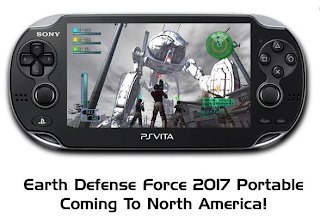