Despite the power, iPhone 5 still no direct threat to consoles

on September 13, 2012
If you ignore the general drift of millions of people towards casual swipey games, the iPhone 5 despite its doubling in power with the A6 processor, does nothing to increase the threat towards core, portable and other forms of gaming. 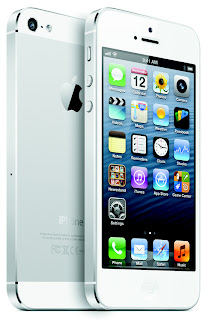 The PS Vita, as vulnerable as it is due to low sales, won't see what sales it does get wiped out by a massive influx of iPhone 5 owners. Why? Because if the best Apple can drag up on-stage during its flashy launch event is a bare-featured looking racing game from EA and Firemonkeys in Real Racing 3, I'll take Need for Speed Most Wanted on the Vita any day of the week.

I'm pretty sure Sony, Microsoft and Nintendo crap themselves every time an Apple event starts up, hoping against hope that Tim Cook doesn't introduce John Carmack or  pulls out a proper game controller or a far better gaming service than the diet-Coke Game Center offering.

Despite all the gaming industry hires, the dragging out of a big publisher (last time it was Epic) at each launch, Apple just seems happy to dip its toes in the waters of gaming and let others do the work. Every time, the games corps must breathe a huge sigh of relief when Tim Cook doesn't do a "one more thing".

I'm pretty sure Apple has signed up some big developers to create some "AAA" iPhone/iPad/iTV games, otherwise why hire all the gaming expertise, and will release a controller of sorts eventually, but for now Sony can breathe easy.
apple ea games firemonkeys iphone 5 need for speed most wanted ps vita sony