Are EA and Activision ashamed of their PS Vita games?

on September 09, 2012
A trend I've never really seen before, in some 18 years of covering games, is happening and is pretty unsettling. Somewhere, somehow, major publishers seem to be ashamed of the titles they are developing, and are deliberately under-promoting and under-marketing them.

I'll say why up front, I think the reason is that they don't want them tarnishing the core brands. Rather like the endless DS versions of popular games that were nothing like their originators, due to the lack of power. But that is hardly the case here. Ubisoft and Criterion are proving Vita games can be the match of their bigger brothers.

Finding detailed articles (beyond here's the trailer and provided screens) on video games sites about these Vita versions is like digging for Unobtanium. The coverage out of the big trade shows is negligible (and I'm really looking for this stuff, since I don't have time or money to go myself). It seems that other fans are offering the best coverage, so credit to them. Perhaps the main sites don't want to cover the Vita versions to avoid upsetting EA/Acti and losing those advertising dollars? 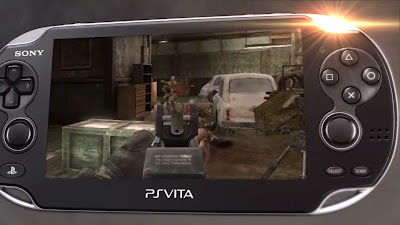 So, we see Activision totally disassociating itself from Call of Duty Black Ops Declassified, saying that the main game's developers have nothing to do with the product beyond checking the fiction remains true. How pathetic is that? Here's the most successful franchise in recent history and they've passed it off to a competent (but hardly leading class) developer in Nihilistic, disavowed all knowledge of it and taken no interest in its development.

That reeks of Sony wanting the game, paying for its development and Activision taking the cash and running. I would love to proved wrong, but the secretive development, clear lack of polish and ambition on the title (based on what we've seen so far) just seems to back up my position.

Then we see EA and the bizarre arrival of Madden on the Vita. I understand perfectly that it won't be quite on the level of Madden 13 on PS3, basing it on last year's engine is fine. But at least take the time to update the rosters, to fix some of the glitchy gameplay. I have no idea what EA's plans for the Vita version next year are, but hoping to build loyalty based around a half-arsed launch effort is appalling. 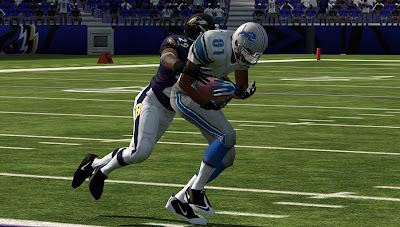 Compare that approach to Criterion who promised a wholly compatible and near-as-possible identical experience on the Vita to the big consoles when developing Need for Speed: Most Wanted. I really hope the publisher/developer conversation went:


EA: "Here's the brand, go make us a cool game... and knock out a Vita version if you can"
Criterion: "Piss off, we're developers who respect our audience and will do the very best we can on whatever format."

EA's approach with FIFA seems to be following the Madden route, with the game barely mentioned or talked about, as EA is afraid of distracting attention from all the shiny new bells and whistles in the big-boy versions. A part of me sees their point, but they've had the time since the Vita launch to dovetail the two versions here.

I am aware that the gaming industry is in dire straits, budgets are tight, teams are under crushing pressure to deliver. The Vita with weak sales is rightly not a priority right now, but if you're developing a marque title, then you owe it to consumers and your own integrity to do the best job possible.

It is clearly too late for Madden 13 (already out in the States) but I'd happily take a three month delay on Call of Duty for Infinity Ward or Sledgehammer to take over and do a spit and polish job. And if Madden or FIFA 14 can't match the Vita versions then EA really needs to look at its design strategy.

Any, yes, these games are getting bundles, but that's largely down to Sony and its own marketing department, apart from signing the license agreements (and taking the cash), I can't see EA and Activision having much to do with them either.