Sony's Gamescom presentation about to start, give us Vita heaven or get out of gaming!

on August 14, 2012
Here we go, Sony's last-chance saloon to show the western market that it cares about the Vita and can motivate others to develop for it. Watch it here, all the Vita news posted below.

Tearaway, an all-new game developed by Media Molecule coming to PS Vita only
Ratchet and Clank Q-Force coming to Vita too
The Vita's Killzone title is Mercenary.
PS One support coming August 28th
PS Plus for Vita coming soon
Cross-Buy lets you buy a PS3 game and get the Vita version free 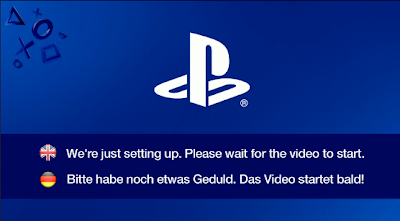 Live news follows: First up Jim Ryan, blathering on about what we all know, gaming is changing. First up, PlayStation Vita. (See, Sony does correct its cock-ups, eventually.)

First game up LittleBigPlanet. A neat video of some of the Vita'S unique features. Photo import, and so on. A Vita bundle for €249 will hit the stores on launch, September 19.

NEW GAME ALERT: Ratchet and Clank G-Force also coming to Vita with cross-play features. Sony announce Vita Cross Buy, which gives you a free Vita copy when you buy the PS3 version, best reason to own both.

A new video of Assassin's Creed III, but here we go with a first look at Call of Duty. Set between the first and second Black Ops games, it will have single and multiplayer. Out this November, it will come with a limited edition Vita bundle with custom back plate and a pouch. No video though!

PS One classics coming this month, August 28th, just a passing mention - didn't Sony notice users were crying out for this.


NEW, NEW GAME ALERT: Media Molecule has been working on a PS Vita title, based on paper and origami. Called Tearaway, it uses all the Vita's touch controls to interact with this paper-based world. Blow into the mic to create wind, bounce and tear the paper, sheer genius. 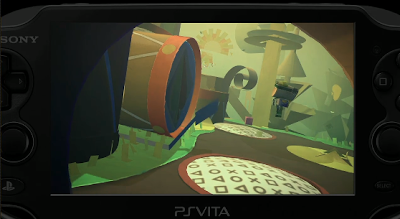 Another NEW NEW game, Killzone Mercenary, not just a sequel, was that Mr Hitman in the video? Lots of screen swipes to take down the enemy.

Now onto PS3. So that was two all-new PS Vita games on show. Sony seems to be going the bundle route to sell Vitas this Christmas, Is that enough to sway non-Vita owners?

Coming to LittleBigPlanet 2 on PS3 is the ability to use the Vita as a controller. Use the rear touch to manipulate objects, the front screen provides extra information, can be used as an X-Ray scanner and more.

PlayStation Plus coming to PS Vita, more information on that soon. 25% discount from September, likely to launch then.