Real Boxing gets a site and teaser trailer

on August 16, 2012
Hmmm, it has also lost the Vita tag on the site, so now may be iOS-only. I'll check and see what's happening. In the meantime, here's the trailer, in case it is still happening, and the website for some bare details.

UPDATE: Vivid says the game will hit iOS first to coincide with the release of the iPhone 5, and then launch on the Vita afterwards. So there you go, official proof the Vita is as powerful as the next iPhone :).

Here's a screenshot, looks fantastically detailed, but then I haven't played a boxing game since Frank Bruno on the Spectrum (Wii Sports not really counting). 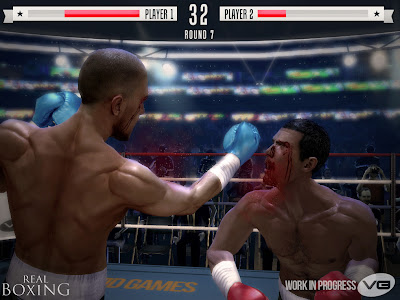