on August 16, 2012
Here's an interesting powerplay. We had two top Vita games that the developers were as mute as swans over until Gamescom. Now everyone's talking, and it looks like Activision/Nihilistic's Call of Duty can't live up to the expectations of the full-screen version, while EA/Criterion's Need for Speed Most Wanted will be the full-fat game on the go. 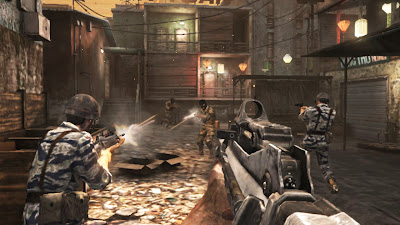 Admittedly, this is based on a feature list and some very early multiplayer-only impressions, but if Call of Duty doesn't meet expectations, that could be a nail in the coffin for Nihilistic, having blown up two franchises (this and Resistance) in succession. If they're on a metacritic pay scenario and if they can't answer the general wave of criticism quickly (with a November release date), stick a fork in them.

But, Criterion, with barely a duff note in its history (Redline Racer, Black), could bring out a stellar effort for Need for Speed on the Vita and with the cross-compatible Autolog should see die-hard Most Wanted fans snapping up the Vita to continue their adventures on the go. The only problem is, no one has really seen it yet, I'm going on IGN's interview, which is bound to be positive, but if Criterion is on the mark, it could be this game that sells the Vita  to core gamers this year, rather than Call of Duty.