Guess the Vita version will be called FIFA 13 after all

on August 21, 2012
There seemed to be some uncertainty at Gamescom as to what EA's soccer game on the Vita would actually be called. Even though its not compatible with the PS3 version, it will still get the FIFA 13 name. I know this because here's EA's official cover image, replete with the two English lads fresh from the unveiling yesterday 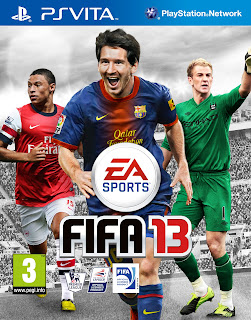 While the presentation wasn't a patch on EA America's Times Square live unveiling of the Madden 13 cover chap, anything makes a great improvement on Rooney's mug.