on August 15, 2012
After all the excitement of the video and screens, here's the rather less exciting game spec sheet from Activision. I'm a little bit worried that the single player element is mentioned so far down the list, but otherwise this looks like cramming everything you could hope for into a handheld. 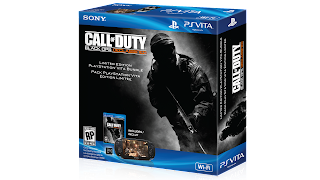