on August 29, 2012
On the no-Vita stuff PSN update post, Sony's blogger said "I am extremely busy today sorting out some PSOne deals for you..." So, hopefully we'll be picking up a bunch of cheap old games on the when the update goes live.

UPDATE: Sony is making changes to the store, no entries yet (update to the update), lists are now populated, break out those PSN vouchers) but here's the new addition. Some of my PS one titles are appearing as ready to download in my History list. So go, go, go! 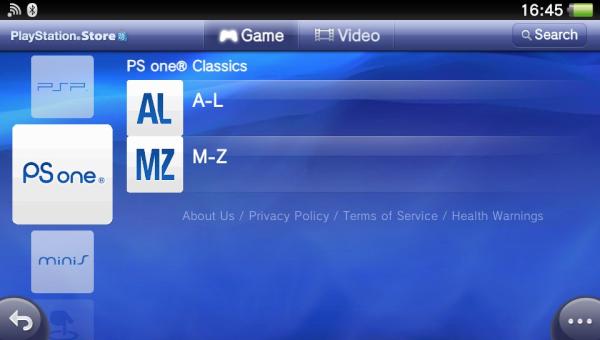 Original story: Now, here's the press release, as I'm too busy reloading PSN on my Vita:

Over 100 Classic PlayStation Titles Explode onto PlayStation Vita to enhance the ultimate games collection with games priced from only £0.99, PlayStation One Classics are coming to PS Vita to complete the ultimate digital games line-up including PSP, "minis" and exclusive PS Vita games.

A full list of titles can be found at eu.playstation.com, but highlights from the range include: