on July 27, 2012
While the Vita launch is still some 8 months away (plus however much longer for a western release), the PC version is growing fast with three schedule updates in August to give it a major facelift and add new features. 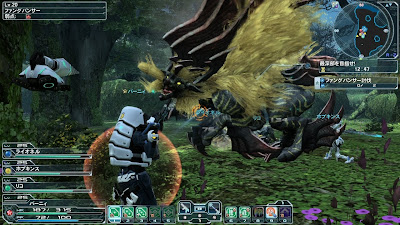 There's an army of screenshots over on Andriasang showing off new characters (including bikini babes and freakish toys in water rings for some reason), constumes and monsters. Along with Hatsune Miku, it looks like Sega could be the Vita's saviour in Japan, as this game already has approaching 750,000 users while Miss Miku will probably double or triple current Vita sales on her own.