on July 17, 2012
Happy birthday game with a different name in every territory. Whatever you call it, this PlayStation One, PS2, PSP, PS3 and Vita series has consistently sold brilliantly, being among the highest selling PSP and PS Vita games ever. 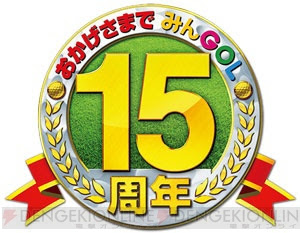 Offering harmless fun great online tournaments, customisation and charming character, have a round today on whichever version you own to celebrate. Developer, Clap Hanz also tried doing a similar makeover on Tennis for the PS2 and PSP, wonder if that'll come out on the Vita?