on July 05, 2012
After some three months of U.S. availability, the U.K. and European PSN stores will finally get to play some Vita pinball in the shape of Farsight's Pinball Arcade. The delay was so that the Vita and PS3 versions could arrive at the same time and be promoted by Sony.


Featuring Arabian Nights, Theatre Magic and Black Hole tablets, with this and Zen Studio's Marvel Pinball games arriving soon, your Vita will soon be alive to the sound of chrome balls whizzing up rails and many multipliers. As a bonus, we should also get the upcoming four tables a lot sooner than the Americans have had to wait. Add-On Pack 1 (Medieval Madness, The Machine: Bride of Pin*Bot) and Add-On Pack 2 (Cirqus Voltaire, Funhouse) are already out over there, but packs 3 and 4 including classic table Monster Bash and 1979's Gorgar are on the way. 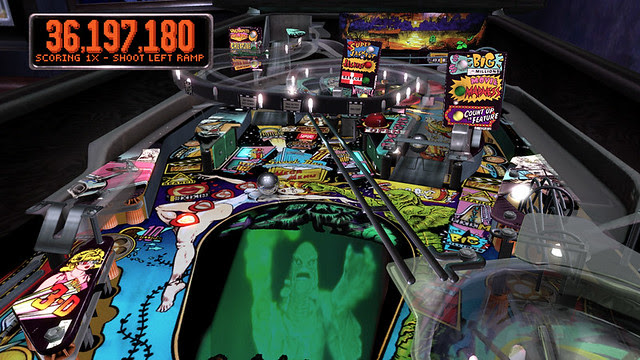