on June 13, 2012
Now, I know we've been here before with the PSP, but this looks like a more sensible approach. It came as part of a PlayStation Plus survey offered to an IGN reader. It may be perhaps just a theoretical question, as many marketing surveys tend to ask.

There's no reason why GT couldn't be a decent effort on the Vita, but given Digital Polyphony's turnaround times, its not something you'd want to put in a diary.  The overall theme of the survey was if you got a PS3 game, would you like the Vita one free? That's an interesting precedent, but really, the Vita needs more unique games to make it a distinct purchase, being a PS3 lite is not a good place for any device. 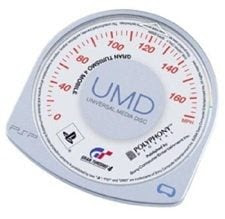 If you don't know Sony showed off a mock-up box and UMD of Gran Turismo just four years before it actually arrived on the PSP, and while it looks cool (Monaco looks pretty detailed), was limited to just four cars in a race.
digital polyphony gran turismo playstation ps vita sony