on June 06, 2012
Speaking to VG24/7, Sony's worldwide studios president said it was the company's fault for the lack of Vita content at the press event, highlighting the fact that there were 25 games on the show floor, but they couldn't cram everything into the big show.

That doesn't explain why there was no video or screens from the announced COD Black Ops: Declassified title (someone does realise this game is going to be called 'codbod' by everyone right?), which makes me very nervous in the light of the original Bioshock and Monster Hunter announcements. It would be ironic if a black ops game fell into a black hole, despite the "coming this year" tag. 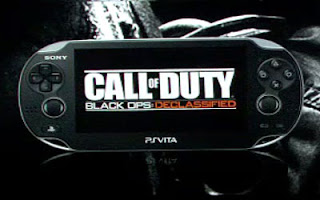 I guess what Sony is failing to notice is that millions tune into the keynote events while only a few thousand are present at the show. All the press fuss is about the keynotes, with show floor reviews trickling out days, if not weeks after... especially for quirky Vita games like Sound Shapes where other games will take priority.

The interview also touches on PlayStation Suite (now Mobile), on the bright side he points out that 2013 is crucial for PS Vita. However, with huge development resources being pushed to PS4 and XboxNext, it may well be a case of second tier, indie and niche developers left to build the games that will see Vita thrive.
assassin's creed 3 black ops CODBOD declassified e3 liberation call of duty mobile playstation suite ps vita sony yoshida