on June 22, 2012
One good week doesn't make a summer, but the Vita has been looking rather perky recently. All of that will go out of the window with the arrival of the new 3DS LL in Japan (XL in the west). Overnight, Nintendo announced a new model of 3DS, with almost double the screen space, a better battery but no other new noticeable features. 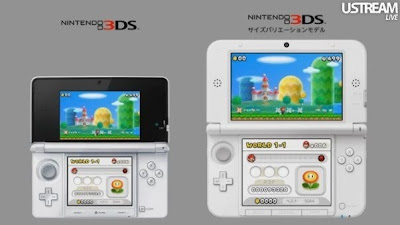 It will be released at the end of July in Japan and Europe, and in August in the States, so expect a big drop off in original 3DS sales in Japan over the coming weeks, followed by a huge spike on launch, as it comes with arrival of a New Super Mario game. If Nintendo could make 5 million, they'll sell all of them. The trouble is Sony, can't really respond. Not that it may feel the need to. The Vita's screen size is as big as it will get, there's little room for making it thinner or lighter. About the most we can hope for is improved battery life or a true HD screen in some future iteration. Instead, Sony will have to focus and refocus on the software, having seen the success of Persona 4, it needs to hit hard at the next Sony Heaven event (which should be next week according to Sony).

Perhaps that's why Nintendo made this announcement now, as opposed to at E3, if Sony does happen to casually mention the words "Monster Hunter," Vita sales would rocket. Now Japanese gamers have a hard choice between the two. Sure, the new 3DS is still relatively low-res, lacks a second stick (how PSP owners must enjoy the shoe being on the other foot), and is decidedly underpowered. But, that hasn't stopped Nintendo selling zillions of the things in the past.

How can Sony's Heaven event respond to Nintendo (aside from MH)? A big boost to Japan's PlayStation Plus Vita offering is highly likely. A new Persona announce from Atlus would go down pretty well, Arena for the Vita perhaps? Expect a new tease for Soul Sacrifice but it is going to take something like a Gran Turismo or another big franchise to drown out the LL hoopla. As much as I'd love another all-new announce, they'll likely be saved for TGS in September.
atlus new super mario nintendo 3ds ll Persona 4 ps vita ps+ sony sony heaven