on May 18, 2012
Up to now PS3-exclusive Sly Cooper is getting a day-and-date release on Sony's little handheld. This news comes from the PS blog directly and is pretty much what the Vita needs, all of Sony's new games, furry mascots and platform leaders appearing alongside its big brother. 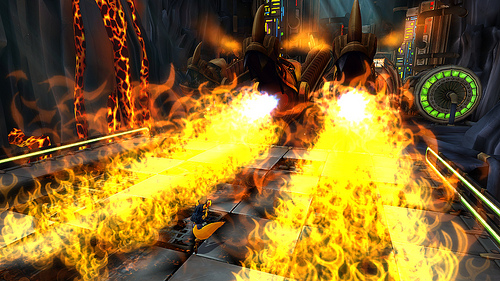 Coming with cross-save capability, users can carry on with their PS3 version at home and take the game on the road. Some additional touchscreen features are being shoe-horned in, made by Californian developer Sanzaru, this news does make you wonder if the collection of the first three games will make it to the Vita?


Sly is a raccoon, who started out 10 years ago on the PS2, having some epic adventures with his friends along the to "acquiring" great treasures. Looks pretty slick. IT also looks like PlayStation All Stars Battle Royale will be making an appearance on the Vita, with the developer saying stay tuned.

Are these late-to-the-game announcements a hint that Sony finally realises it needs to play fair across its consoles for the Vita to thrive, or has its PR been gagged awaiting E3, but Sony now realises it can't afford to wait?
battle royale collection cross play playstation playstation all stars ps vita ps3 sanzaru sly cooper sony thieves in time touchscreen