Jonah Lomu brings rugby to the PS Vita in June

on May 23, 2012
The man may be long retired, but he's still the biggest name in rugby, and his massive frame will adorn the package for Rugby Challenge from Aussie developer Tru Blu and Kiwi studio Sidhe, available at the end of June (making it by far the biggest month for PS Vita releases since launch).

The game will be sold as Wallabies Rugby Challenge within Australia and Jonah Lomu Rugby Challenge in Europe and other territories. Looks like American rugby fans are out of luck, but you can probably import it. 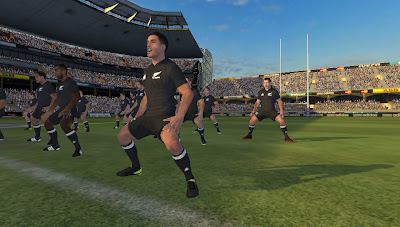 Rugby Challenge on PlayStation Vita is packed with content, and features:

More pics, making of videos and additional info on the game's site. The game is out on the 27th June.