There will now be a long Vita-less pause (curse you Sony!)

on March 01, 2012
Yep, I've just run out of memory on my Sony Memory Card and now have to copy everything over to the PC so I can delete a few files to download some new demos. Assuming I could afford to go out and buy a bigger memory card, or imagine that Sony wouldn't bother shipping them here (oh hang on, that did happen) there will then be another massive wait while all the files copy off the PC back to the Vita. 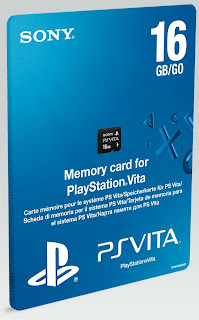 Incredible! And imagine how the less-tech-literate are responding to the "not enough room" messages. Thud goes the Vita off the wall, smash goes the screen, brrr goes the phone as people start dialling Watchdog (or whatever consumer program you have).

Even at the basics, this just fails. There's no "time left..." message, just "Copying...", the Vita Store also doesn't say how much space you need to free up, only "this demo requires xxxx" space - come on Sony why not suggest which files to delete starting with the least used demos or videos, so that we could install something new without going through hoops?

Where's the big "you have xxxx MB storage left" message when you start the store? How the hell am I supposed to know what's on each card when I inevitably have several and they're far too small to write on? The silly cards above don't even come with a storage case for them!

UPDATE: Also if you try to install a game with insufficient space, it doesn't tell you this up front. You just get an "Install failed" message at some random point in the process. I had redownloaded a file several times assuming it was corrupt before realising that Sony were merely incompetent. Free up enough space and it'll install fine - why couldn't Sony see it was important to mention this?

One of Sony's three major cock-ups in this farce, I could have accepted, if everything else worked great:


But all three running side-by-side unfettered makes me understand why people are nervous about buying a Vita, especially after all the similar stories are emerging. Over to you Sony and the inevitable firmware updates to fix the software parts of this mess.