on March 26, 2012
Some fun news from Japan overnight (c/o Andriasang) from Sega says that Phantasy Star Online 2 will be a free to download game across the PC and PS Vita. You'll probably still have to play for a boxed copy (that is assuming it comes out here) and I reckon a game that big will need its own dedicated 16GB memory card once you start buying the expansions, extra content and custom gear where Sega will make its money back. 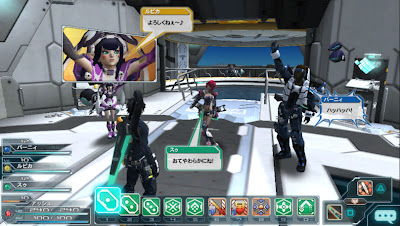 There will also be a smartphone version which you can share your content with, but the Android and iOS versions will be separate and distinct games, whereas the PC and Vita versions will allow crossplay so you enjoy the same game at home/office/on the go. 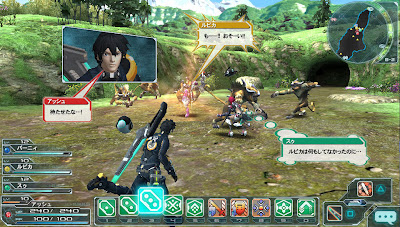 These early Vita screenshots also released over the weekend show a consistent interface to the PC version, so with cloud saving (presumably) it really will be pick up and go. That will also help Sega fight cheaters but, more importantly, allow PSV users to battle with their PC friends at the same time. 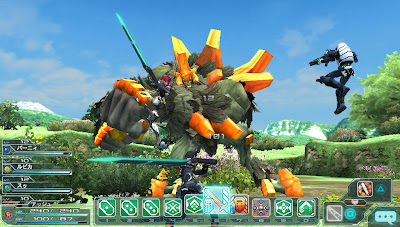 I enjoyed the Japanese PSP demo of the previous version a few years back and the Dreamcast original, but the time is finally right for a big cross-platform move and the Vita looks like the appropriate device to extend our gaming off the big-screen seamlessly to the road - perhaps its time to get a 3G Vita when this launches next Spring.