on March 23, 2012
Andriasang points us in the direction of the new Atlus site for the upcoming PSP Persona title, just have that site  running in the background and I bet the ambient music will increase your productivity by at least 15% - maybe. There's a movie, some screenshots and a peek at the cracking artwork for the boxed game. 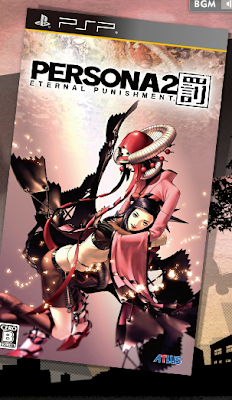 We await news of a western release with great interest, given Ghostlight's success with the series over here. Hopefully the download version will be Vita compatible, pretty sure the other Persona titles on the EU store are. The first in the series is there (Shin Megami Tensei) for just £7.99 right now if you want to get into the series.
art atlus eternal punishment gameplay ghostlight music persona persona 2 playstation site sony psp