WipEout 2048 getting its traditional DLC overdose

on February 28, 2012
The WipEout games on the PSP had some of the best DLC ever to grace the format, its a shame few other developers followed them down that road. But, Sony Liverpool will continue WipEout's generous trend with a mix of free and paid content for the Vita. 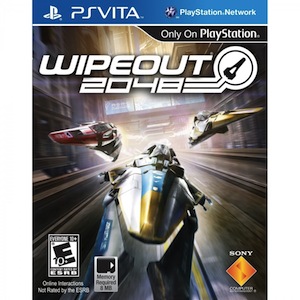 The news is part of an interview over on the official Sony mag site, "I guess it’s going to be patches and stuff. DLC always comes across as paid for content. We’re not obviously not going to just do paid for stuff, we’re going to do free stuff too. That’s largely going to be things we didn’t get time to do. For example, the AR museum. We’re looking into other things to enhance the toolset of the game. So we’re looking on to custom controls, potentially some kind of multiplayer extension. We’ve got more stuff to support Cross Play, which I can’t announce anything about yet. So just lots of smaller different things that’ll be coming out in patches and obviously we’ve got bigger stuff coming out in DLC as well."

I was pretty entranced by the demo and will pick up the full game, possibly this lunchtime. Get a move on ticking clock thing!
dlc ps vita sony liverpool wipeout 2048