Me and my Vita, first thoughts

on February 24, 2012
So, as you may have read earlier, I picked up a Vita today and have been going through the features in between work. Firstly, I've never been as intrigued with the features of a console as I have on the Vita. I mean the PSP's interface was mastered in about 15 seconds. On the Vita I could go on exploring for days, finding out what everything is and does.

The mini games in Welcome Park are something that my children could play on a regular basis and the worlds of Party, Near and Friends are going to be a big hit if Vita sells as many as Sony hopes. It'd be good if Sony could get rid of the Start button before every app though, I tapped the big shiny button - I don't need to confirm that at every stage.

But, its the games I got the little machine for and in that it does not disappoint. Uncharted really is slick and while I can take or leave some of the interaction methods, there's nothing quite like that first set of rubbings and jigsaw puzzle to make you realise the possibilities that Vita can offer.

Then there's BlazBlue - I've played the PSP version but on the Vita, its like having bottle-top glasses taken off, the clarity is awesome (and I love the Vita's in-built screenshot feature).While I was worried about the dinky control and action buttons, it feels second nature after just a few seconds. 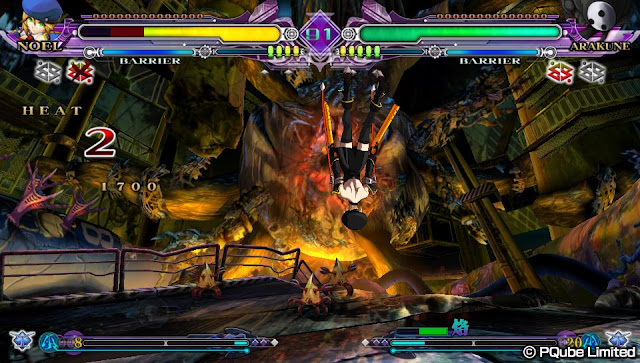 Alas, Sony still can't do multimedia to save its backside. I tried to copy over some music from my PC and all you get is a long list of songs in alphabetical order, no album or artist copy feature at all - horrible stuff! At least the music players looks decent.
blazblue friends games hands on interface near ps vita thoughts uncharted