The PS Vita's sales drought looks like its over

on January 30, 2012
After a sluggish start, expect PS Vita sales in Japan to take off now. First up Tales of Innocence R is on sale and these games usually ship a good million or so. Then comes the news that the Ragarok demo notched up 100,000 downloads over the week, which suggests this is the game that will help Monster Hunters pass the time until that game turns up later in the year on Vita. 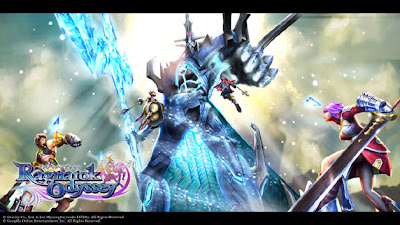 Both games have had extensive build ups to their release with endless screen drops (another bunch of Ragnarok screens here)and drip feeding of information. ToIR also has some DLC out already. Assuming the usual gaming RPG and MH factions turn up in even a fraction of their full force, that should shift Vita sales along this week and next. After that, its Gravity Daze's turn in the spotlight.
gravity daze monster hunter ps vita ragnarok demo sales sony tales of innocence r