Plants vs. Zombies to bloom on PS Vita

on January 18, 2012
Mentioned this game already, and its still my least favourite of the big-name iOS time wasters. Still, PopCap has announced that it is going to be out on the Vita's launch giving gamers more choice, that is if you haven't played it on any of the other 12 formats its already available on. 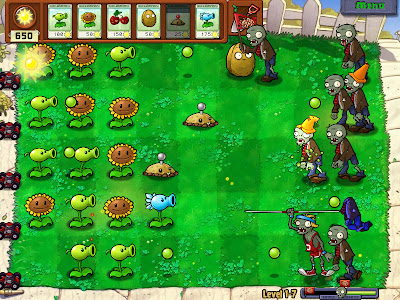 Haven't heard from the Angry Birds or FieldRunners teams yet, but guessing they'll be along shortly. Personally think Flight Control would be really nice on the Vita too while everyone should try Hunters if you've got an iPhone.  .