Mr Miyagi gets a role in Reality Fighters

on January 25, 2012
I'm not too fussed about the game, despite the technology looking cool, but this could sell it to some die hard Karate Kid fans, it now has the venerable Mr M. as an instructor and mentor in the game... 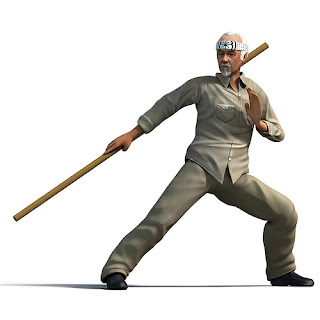 As the PS Blog puts it, "Miyagi has two roles. First of all he is the sensei and guide we all know. He’ll teach players how to set themselves up as a character in the game, choose clothing and costumes, learn special moves and more as well as giving encouragement before a bout and wise words whether the player is victorious, or not so lucky!"
augmented reality fighting games karate kid mr miyagi playstation ps vita reality fighters sony